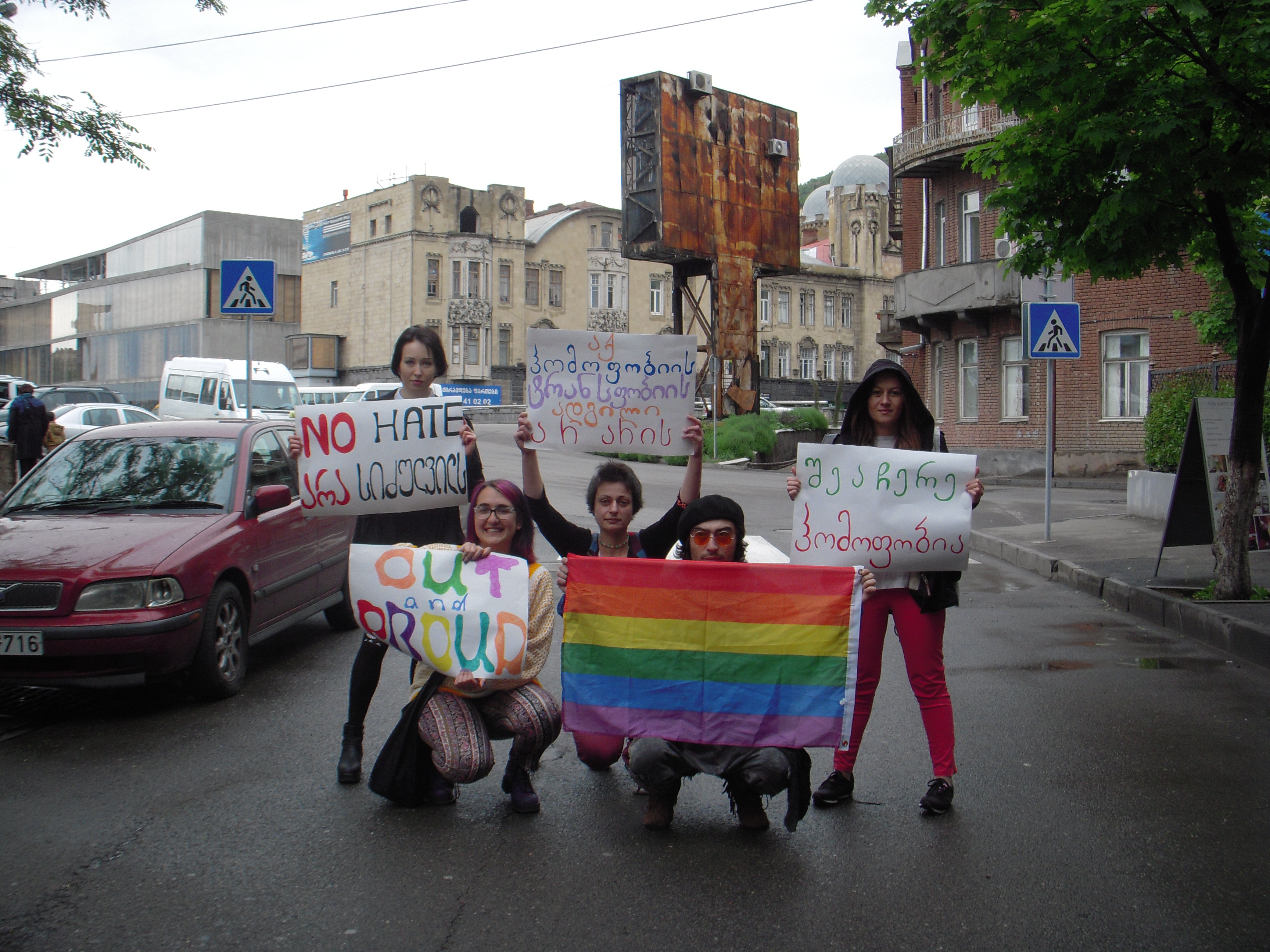 WISG’s demonstration on May 17, International Day Against Homophobia and Transphobia

In 2015, after thorough planning and improved dialogue with MIA and other stakeholders, LGBT groups working in Georgia were able to peacefully hold 3 separate commemorations of IDAHOT.

On May 10, 2015 Women’s Initiatives Supporting Group started a campaign “this street is taken – there is no place for homophobia and transphobia here.” Photos were taken outdoors, in different neighborhoods of Tbilisi, by separate groups of people and posted on social media. By taking part in this social campaign, the participants exercised their right to assembly and expression and expressed their support to LGBT community, which is often unlawfully deprived of this right in a homophobic society.

The demonstration that WISG decided to hold on May 17, on Vachnadze street, was a logical continuation of our social campaign and also had a symbolic meaning. Vachnadze Street was the place where most of the LBT activists and their allies were brutally attacked in 2013. Due to security reasons WISG had to take additional precautionary measures and limit the duration of the demonstration to 15 minutes, as well as number of participants to a maximum of 20 persons.

With this symbolic demonstration we wanted to emphasize once more, that everyone should be able to enjoy their constitutional freedom of assembly and expression and all the activists that joined that symbolic demonstration stood there for everyone who couldn’t join but also for all those who experienced violence on that same street in 2013.