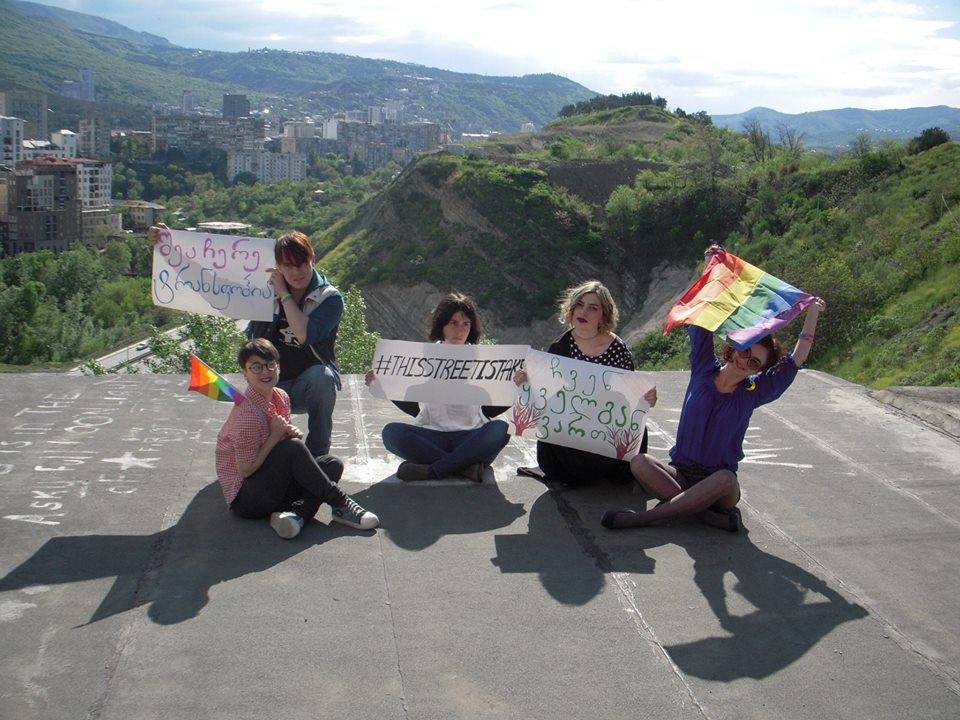 As May 17 draws near, Women’s Initiatives Supporting Group responds to homophobia and transphobia with the photo campaign‪#‎THISSTREETISTAKEN‬.
This campaign offers LGBTQ persons, their allies and everyone who believes that freedom of assembly and manifestation belongs to everyone, a safer possibility to occupy public space and express their position.
Freedom of Assembly and manifestation of LGBTQ persons remains a problematic issue in Georgia. Peaceful demonstrations dedicated to IDAHOT were attacked in 2012 and 2013 and the participants were deprived of the possibility to enjoy their freedom of assembly and manifestation.
The main reasons driving counter-demonstrators to attack the abovementioned peaceful manifestations, are directly connected to the struggle for appearance in public space,human rights of LGBT persons, highlighting the problem of homophobia and transphobia in our country, as well as increasing visibility of LGBT community. The aggression and brutality expressed during the attack on May 17, 2013 was accompanied by threats and statements against the group and its supporters. The same forces advised us to give up our constitutional rights and confine ourselves to a closed space, in order to avoid any further violence.