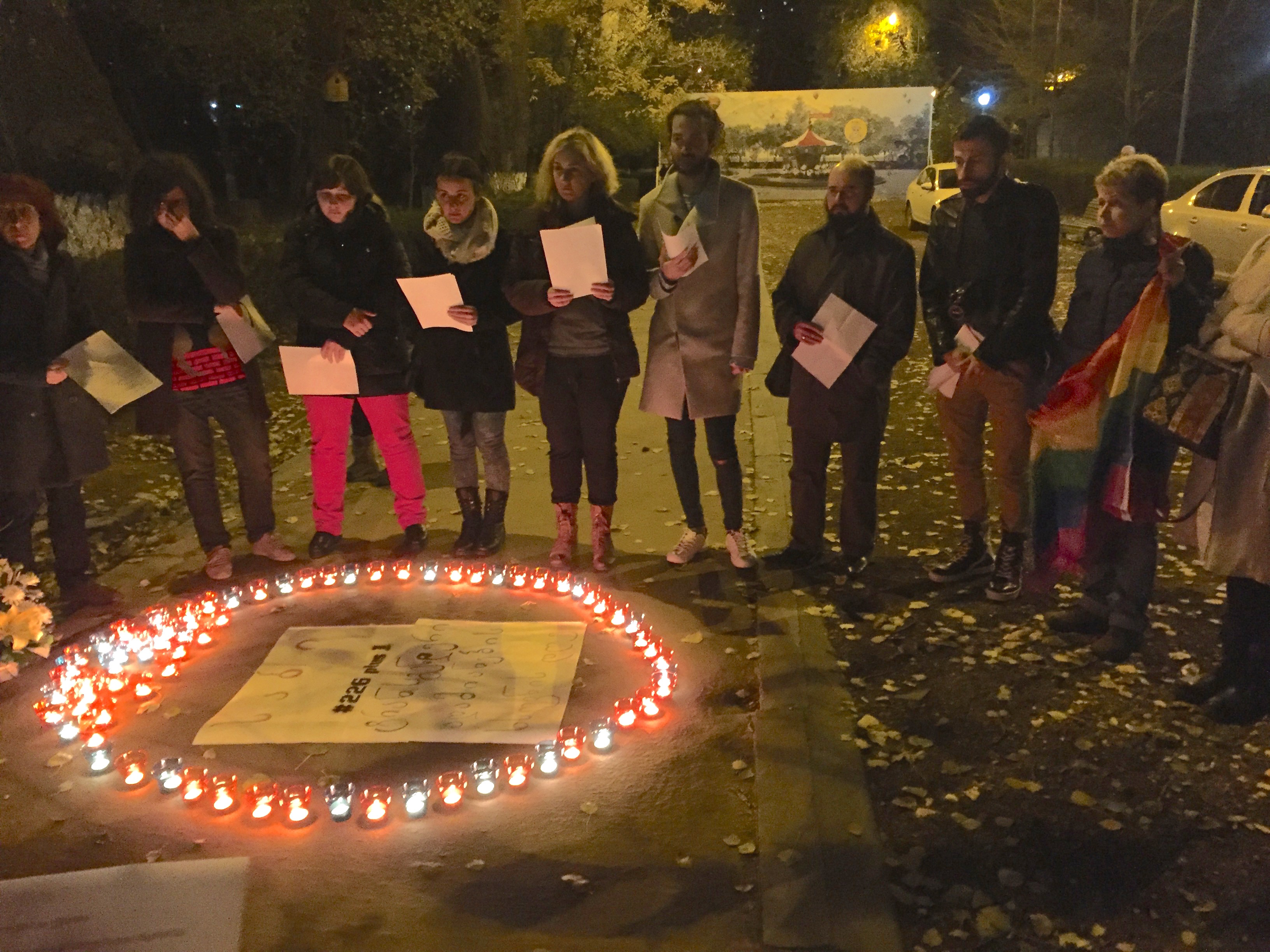 The international Transgender Day of Remembrance

On 20th of November Women’s Initiatives Supporting Group held a demonstration in Vake Park to read the names of 226 trans persons who have been killed last year and also remember Sabi Beriani, trans woman who passed away due to the inflicted knife injuries on 10th of November, 2014 in her apartment.
Since 1999, The international Transgender Day of Remembrance, a day to remember those trans people who have been victims of homicide, takes place every year throughout the world. Too often, the murders of transgender people include extreme violence. Events to commemorate the day, provide a space for public mourning and honoring lives of those trans people who have been reported to be killed.