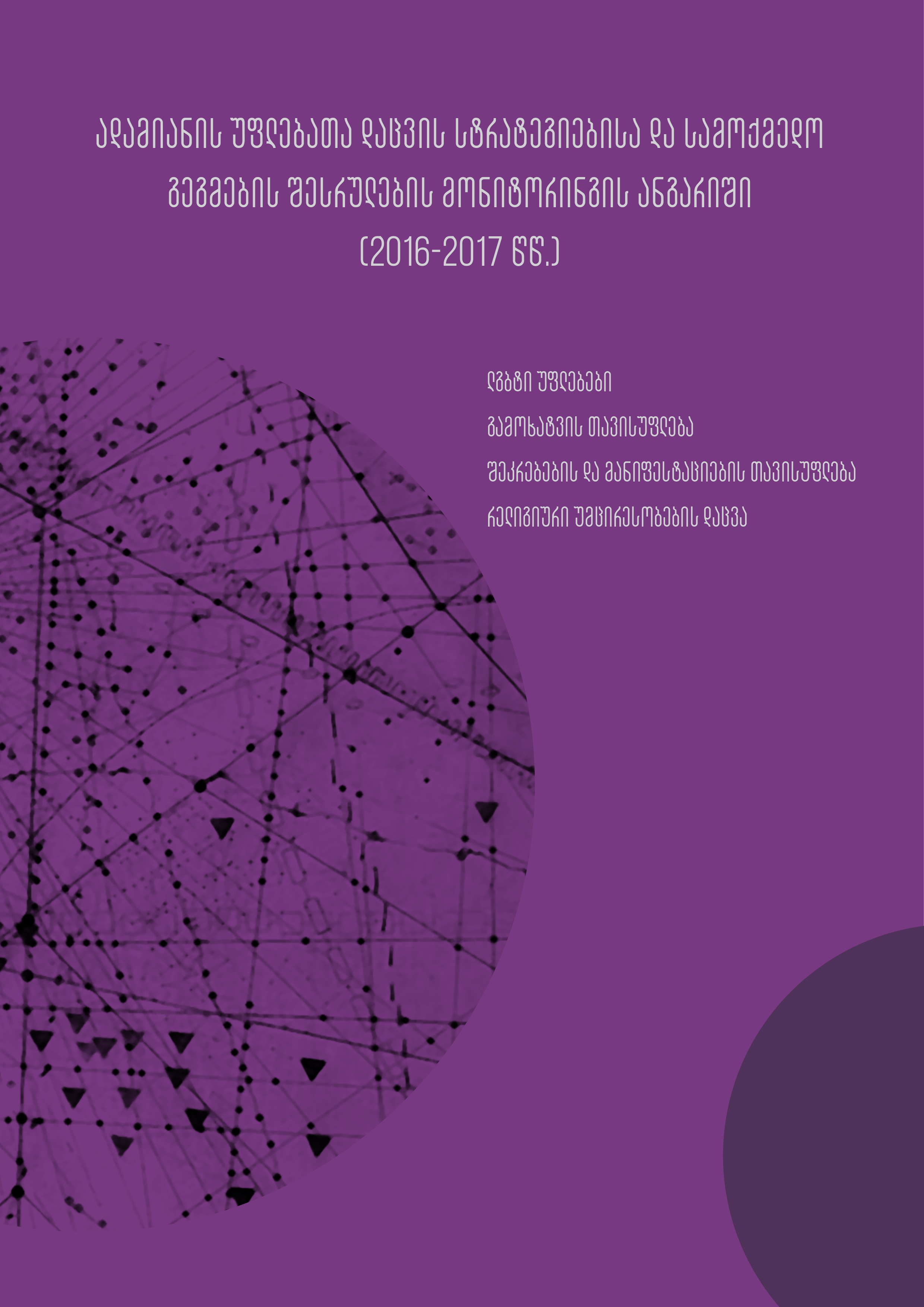 Reports on the monitoring of the implementation of human rights strategies and action plans for 2016-2017 were prepared with the joint support of USAID/PROLoG and OSGF. In frames of the 17-21 September Human Rights Action Plan Monitoring Week, Women's initiatives Supporting Group presented its final findings of the monitoring of Human Rights Action Plan on LGBTI Rights, which became part of the above mentioned report.

In this part of the document, together with the WISG's report on LGBT Rights, you can also find reports by Georgian Young Lawyers Association (GYLA) and Human Rights Education and Monitoring Center(EMC) on the following topics: Freedom of speech, Freedom of assembly and association and Protection of religious minorities.

You can find the full report to the following link: Report on the monitoring of the implementation of human rights strategies and action plans for 2016-2017