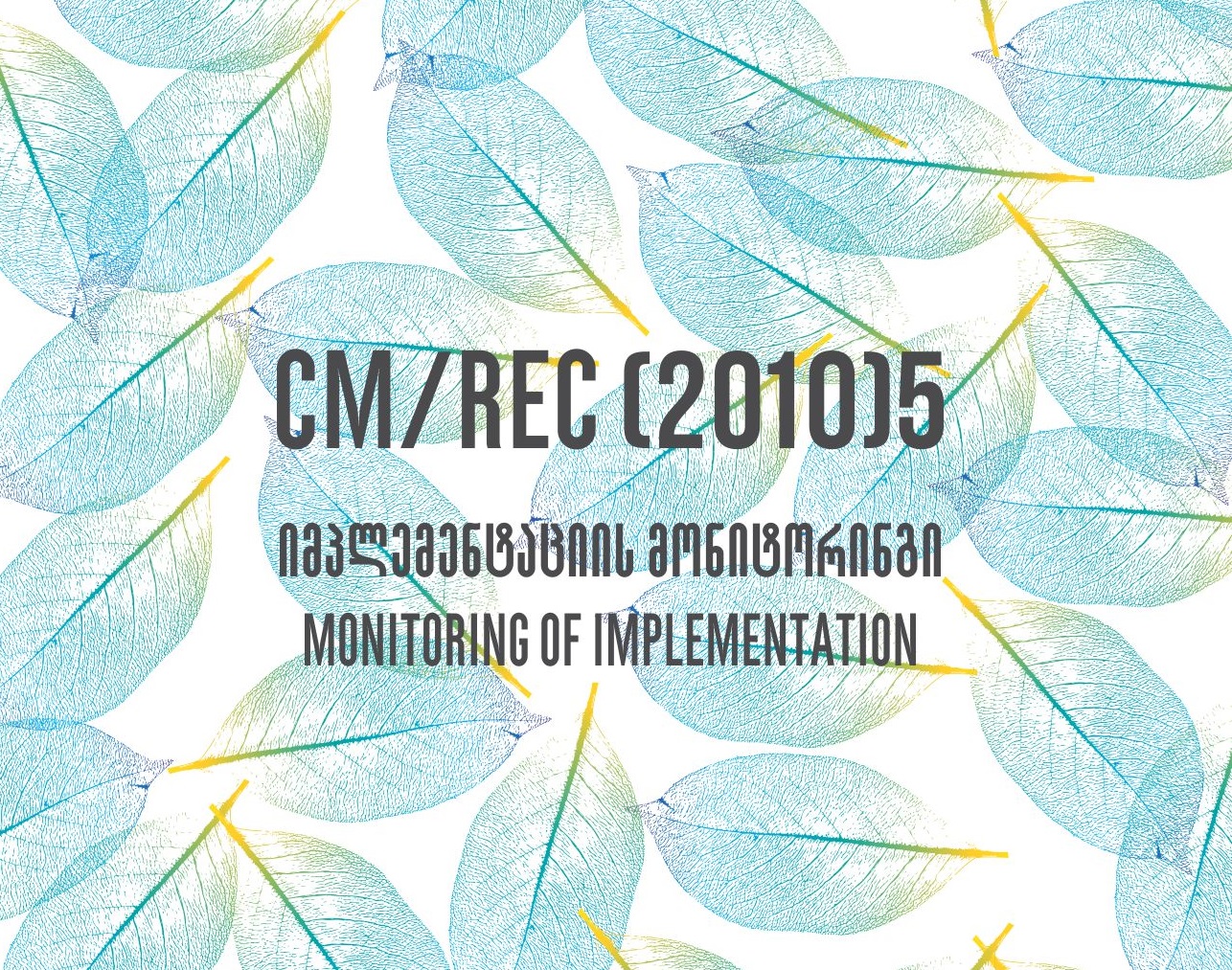 In 2010 the Council of Europe Committee of Ministers has adopted the Recommendation CM/Rec(2010)5 to its member states “on measures to combat discrimination on grounds of sexual orientation or gender identity.”

Emphasizing the universality of human rights and the importance of non-discrimination, the Recommendation CM/Rec(2010)5 called upon the member states of Council of Europe to take positive steps to protect the rights of the LGBTI community. The recommendation calls on member states to ensure the application of prescribed measures and principles, which secure human rights protection due regard LGBTI persons, not only in domestic legislative terms, but also in their policies and practice. In a broad perspective, Recommendation deals with the following issues:

In a broad perspective, Recommendation deals with the following issues:

● Underlines the key principle, that human rights are as universal as it applies to every person, regardless of their sexual orientation or gender identity;

● Acknowledges the fact of the historical continual discrimination that LGBT persons had suffered on the ground of their sexual orientation or gender identity;

● Emphasizes that specific measures should be adopted and effectively enforced by the member states in order that LGBT persons could enjoy their fundamental rights and freedoms.

The main audiences of the report are political authorities and civil servants on the domestic level, who are responsible for the fulfillment of the document and the Committee of Ministers of the Council of Europe, on the other hand, conducting a review of the progress of its implementation.