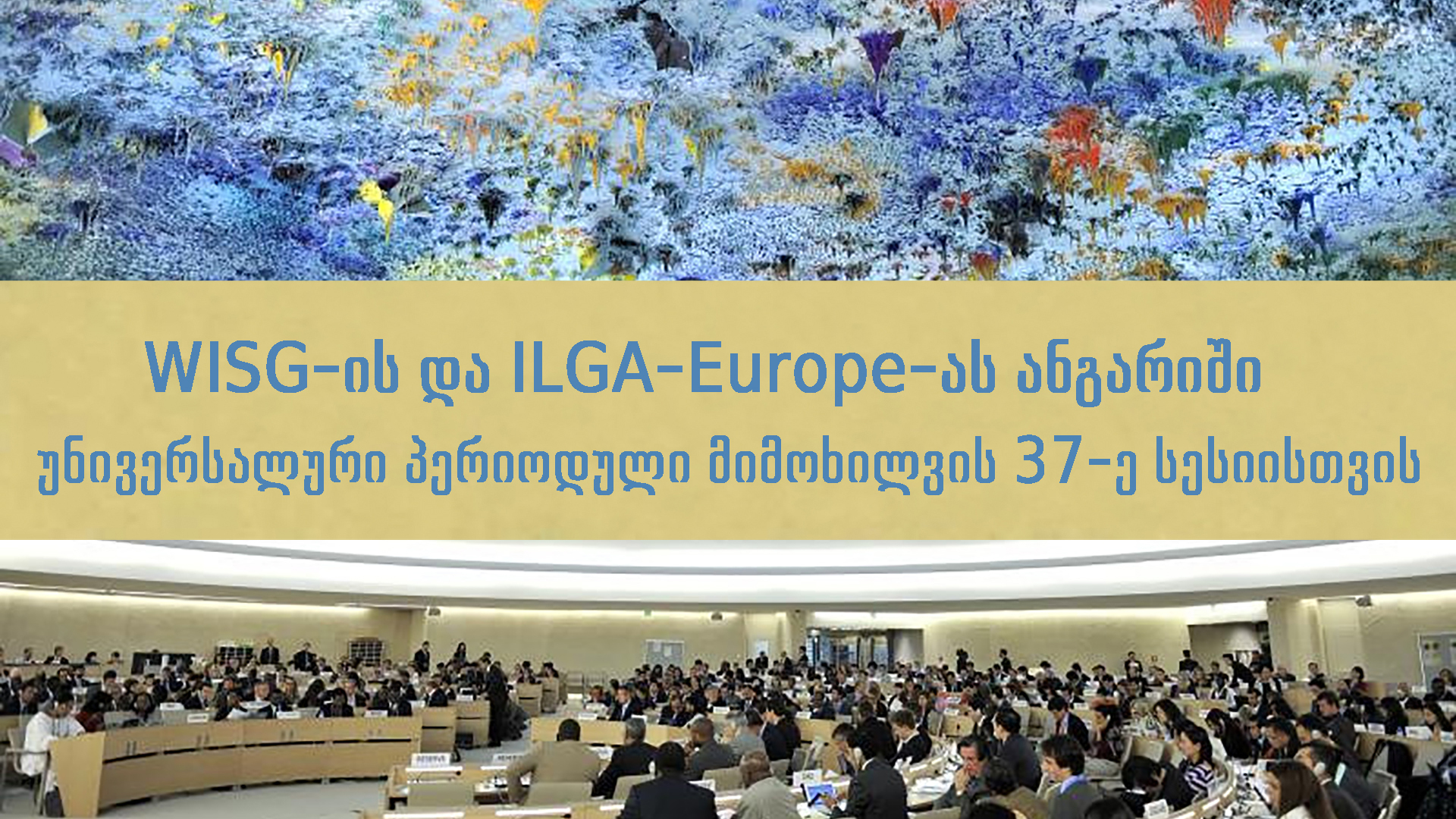 WISG with ILGA-Europe has been involved in CSO submissions during the previous cycle, as well as submitted mid-term reports to the UPR. In addition to the UPR mechanism, CEDAW, Beijing +25, Independent Expert on protection against violence and discrimination based on sexual orientation and gender identity and Special Rapporteur on the right to privacy within OHCHR are among the mechanisms used by WISG for advocating LGBTQI person’s rights in Georgia.

Accordingly, the following report focuses on rights of LGBTQI persons in Georgia and the challenges faced while exercising their rights. The report also evaluates the implementation of the recommendations received by Georgia during the second cycle of UPR review in 2015. Respectively, the period of 2015-2020 is being herewith covered.

The aim of this submission is to draw the attention to violations of the human rights of LGBTQI people in Georgia. The report is based on materials collected and documented by WISG: cases of human rights violations of LGBTQI persons in Georgia, interviews and focus groups conducted with community members and health care specialists, NGOs working on LGBTQI rights and other related issues, a representative of the Public Defender’s Office in Georgia and other experts, WISG’s discrimination studies (2018), results of monitoring of CM/rec(2010)5 recommendation in Georgia (2018) and other reports by international stakeholders.

Introduction to the National UPR context

In November 2015 Georgia was under review for its second Cycle of UPR. In total 203 recommendations have been received by Georgia; out of which 191 were accepted and 12 – noted. Specifically on the theme addressed in this submission, Georgia received 9 recommendations in regard to sexual orientation and gender identity. Even though 8 recommendations out of these 9 have been accepted, the following report will evaluate the gaps, shortfalls and challenges while implementing them.

Read the full document on the following link: WISG and ILGA-Europe report for the 37th session of the UPR