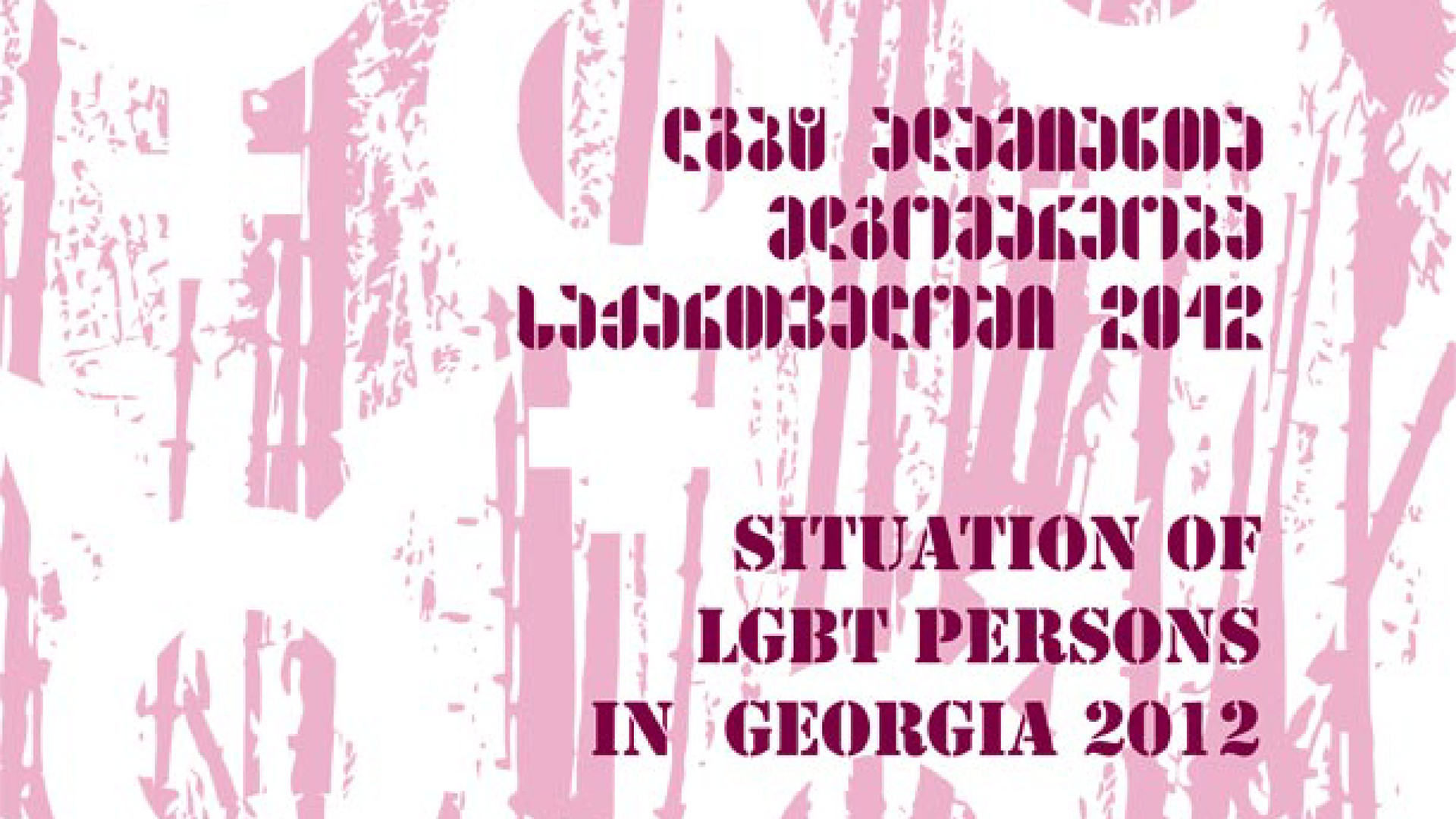 Situation of LGBT persons in Georgia

In April 2012 Women’s Initiatives Supporting Group (WISG) conducted LGBT discrimination study in which 150 members of LGB community took part. The aim of the research was to study the social environment, in which, the members of the above mentioned community live. The in-depth interviews were held with transgender persons. This research provided us with the opportunity to evaluate how widespread is discrimination against LGB people in different spheres, what forms of physical and psychological violence take place and how often, whether or not the family members know about their sexual orientation, how do the group members themselves evaluate the attitudes of the society towards them.

Scope of the study and limitations does not give us the opportunity to generalize the results to the country. However, the results of this survey provide us with certain information about the discriminatory practices and experiences, encountered by the participants of the research. This information is sufficient to shed the light on the type of problems that LGB people face in their daily life. The results of the survey remind us, that discrimination based on sexual orientation and gender identity is an important human rights issue, which requires response both from the government and from the society.

The survey has been conducted within the frames of project: Monitoring the Implementation of the Council of Europe Recommendation CM/Rec(2010)5 to member states on measures to combat discrimination on grounds of sexual orientation or gender identity – Georgia, supported by ILGA-Europe.

For more full depiction of situation of LGBT persons in the country and description of the context WISG decided to enrich discrimination survey with articles reflecting the legal and socio-cultural environment in which LGBT people live in Georgia:

Due to the co-financing of Heinrich Boell Foundation’s South Caucasian Office WISG prepared, published and disseminated the full version of the publication.

Women’s Initiatives Supporting Group (WISG) would like to express gratitude to all the respondents who participated in the discrimination study. We would also like to express our gratitude to organization Identoba, which provided interviews with gay and bisexual men, for all the help and collaboration in regards to the LGB discrimination survey and thanks to Irakli Vacharadze who prepared an article about the results of the above mentioned survey.

No part of this publication may be used or reproduced in any manner whatsoever without written permission from WISG except in the case of brief quotations embodied in critical articles and reviews.