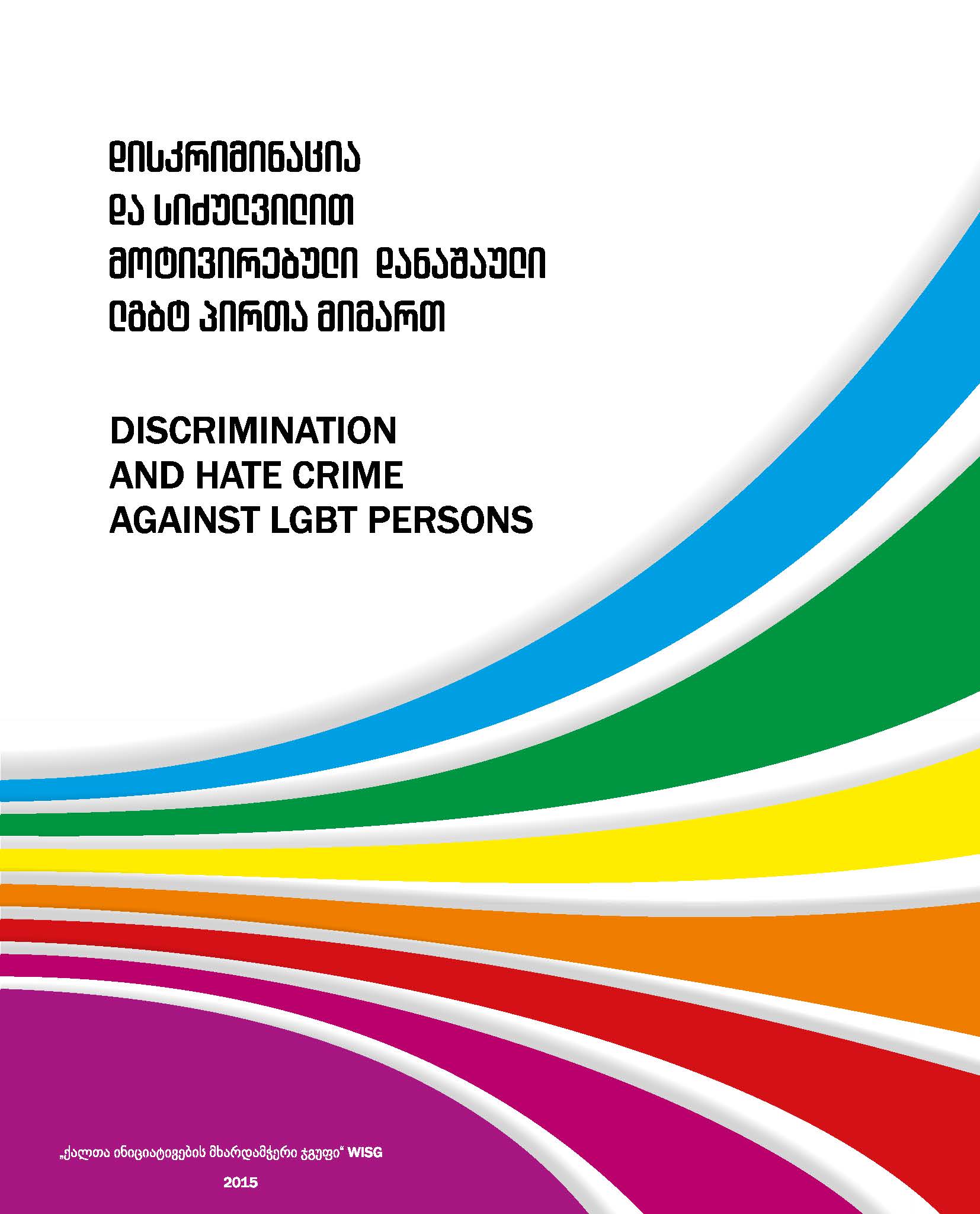 In 2015 Women’s Initiatives Supporting Group (WISG) conducted a new study. The study report – Discrimination and Hate Crime against LGBT Persons – explores the situation of LGBT persons living in Georgia in relation to discrimination and hate crimes. In addition to assessing legal environment, efficiency of implementation and monitoring mechanisms the report also includes specific recommendations to decrease the gap between the legal framework and de-facto situation of LGBT persons.

Qualitative research methods were applied throughout the study. The country’s legislative environment and its enforcement and monitoring tools were analyzed as part of the desk research. The analysis is further based on materials collected and documented by WISG (documented cases on violations of rights, interviews recorded with LGBT group members, materials collected during focus groups and workshops held as part of the project over legal issues with LGBT group members, shadow reports produced by the organization in 2012-14, and quantitative studies), studies and reports drafted by other human rights organizations (EMC, Identoba, GYLA), Public Defender’s annual reports for 2013 and 2014, and responses to the organization’s queries received from relevant state institutions.

The study was carried out within the frames of project Improving Accessibility of Justice for the LGBT persons in Georgia funded by National Endowment for Democracy (NED).

The bilingual report of study can be found at the following link: Discrimination and Hate Crime against LGBT Persons.