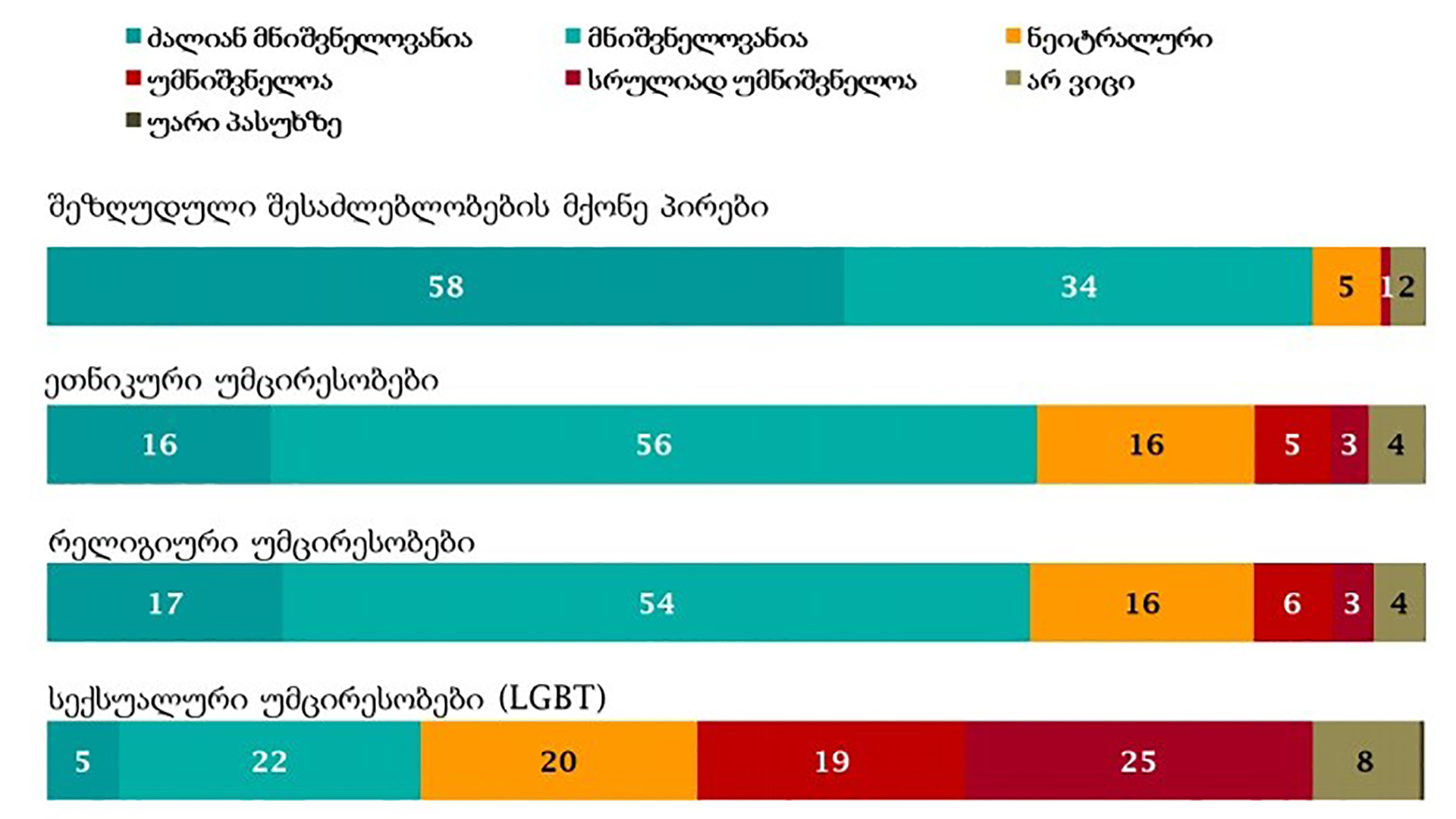 According to the results of the new NDI survey that studied public opinion with regards to crucial issues in the month of July 2019, 27% of the society responds that protecting the rights of sexual minorities (LGBTI persons) is important. Similar result was last noted in the data of August 2014, when again 27% of the population considered it significant to protect the rights of LGBTI persons. This year, as well as in 2014, 44% of the public stated that protecting the rights of sexual minorities is not significant. As for neutrally disposed part of the society - in 2014 the indicator was 27%, this year it is - 20%.

It is worth noting that NDI studies public opinion with respect to important political, economic or social matters annually and several times a year, although in years 2016 and 2017 the population was not asked (the question) about the significance of protecting the rights of minorities . The response data of 2015 and 2018 were divided in the following way:

As far as it concerns the missing years, in the 2016 survey we come across such question: "Would you vote, if party leaders expressed a viewpoint that people have the right to overtly declare their sexual orientation", to which the society at that time answered in such ratio: would not vote - 78%, neutral - 5%, would vote - 11%.

Each year's data shows that, compared with the rights of other minorities, a dramatically lower percentage of the public responds that protection of sexual minority rights is of importance.