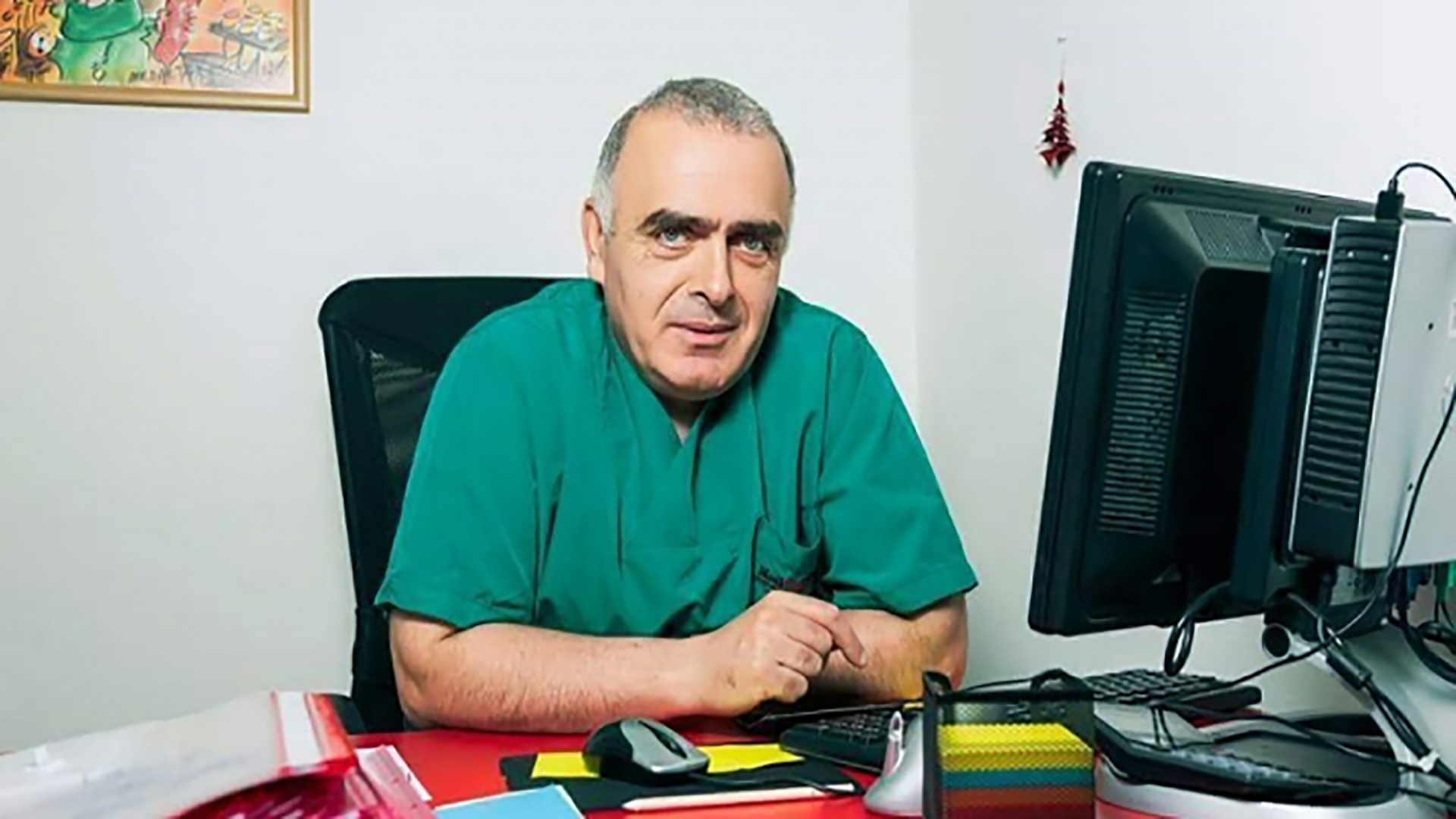 This is a joint statement of Human Rights Organizations concerned about the deteriorating human rights situation in the occupied territories of Georgia and the quest for immediate and active measures to turn this damaging situation into a positive track. More specifically, we are referring to the pending regrettable developments in the occupied region of South Ossetia/Tskhinvali Region. Among other stressing problems, hereby we would like to highlight the most recent arbitrary detention of the doctor-traumatologist Vaja Gaprindashvili, which requires urgent measures for his immediate release.

In general, the lack of political and legal resolution of the prolonged conflicts strongly challenged the protection of human rights in and nearby conflict areas. The drawbacks and problems in that regard are reflected in several independent international human rights reports. Usually, these difficulties arise from time to time on a top political agenda, but in most cases, day-to-day problems and deprivation from basic human needs and rights are invisible, left beyond any emergency measures and attention. The challenges become more critical due to the lack of access to international human rights monitoring mechanisms. The only admitted international organization during emergencies is ICRC.

Among various pressing human rights violations, violation of freedom of movement and its difficult consequences is most critical. The so-called “borderisation” process has affected the residents of the villages located nearby the ABL and the whole process aimed at total isolation of occupied territories from Georgia. The “borderisation” process and the practice of arbitrary closure crossing points obstructed economic and social communications between the communities living in and outside of occupied zones. This process became more active since 2017 nearby the occupied South Ossetian territory.[1] The number of detained and fined people while crossing the “border” is increasing, including the detention of children who are crossing “border” for education purposes and women.[2] While the number of arbitrarily detained people was 7 in 2008 in South Ossetia, this number has increased almost 20 times in recent years, according to the official information of Georgian authorities. In most of the reported cases, the ethnic Georgians were detained by Russian and de-facto border guards under administrative procedure and in such incidents, the detention lasted for several days before detainees were released upon payment of relevant amount of fines. In separate cases, the victims of abduction remained in captivity for years as they were convicted for illegal border crossing under criminal procedure without due access to procedural guarantees and right to fair trial. During arbitrary detentions number of cases of inhuman and degrading treatment were reported, as well as the death of Davit Basharuli in 2014 in occupied Akhalgori, killings of Giga Otkhozoria in 2016 on the crossing point in occupied Abkhazia,[3] inhuman treatment, torture and killing of Archil Tatunashvili in 2018 in occupied Tskhinvali, killing of detained Irakli Kvaratskhelia in uncertain circumstances in 2019 in occupied Gali. Local activist Tamar Mearakishvili is also victim of isolation and deprivation of freedom of movement due to the pending criminal proceedings against her, which is ongoing for three years without any legal and legitimate ground.

This statement does not aim to draw a comprehensive picture of the difficult human rights situation in occupied territories of Georgia, but we would like to highlight your attention and ask you for active emergency measures in response to recent developments in South Ossetia, Georgia. Since September 4, 2019, de-facto authorities of South Ossetia arbitrarily closed the checkpoint of Mosabruni (so-called Razdakhani) - the only crossing point left to connect villages of Tskhinvali region to the rest of Georgia. The local authorities planned to open it in 2 days, however, the opening of a police guard post in the village of Chorchana and related political processes, became another pretext for Tskhinvali de-facto government not to re-open the crossing point and place the population under complete isolation and humanitarian crisis. The crisis particularly affects the villages populated with ethnic Georgians.

The tragic death of Margo Martiashvili, local from the village Ikoti in Akhalgori region appeared as an alarm sign which indicates the harsh humanitarian and social conditions, in which persons across occupation line live throughout the last 3 months. Martiashvili passed away with an assumed diagnosis of a stroke on 28 October. Due to restrictions imposed by Tskhinvali de-facto government, the patient could not have been brought to the territory controlled by Georgia, therefore she was not provided with urgent and qualified medical care timely. It is noteworthy that the medical centers in Tskhinvali are not equipped with appropriate infrastructure and qualified personnel, thus they cannot provide appropriate medical service to the local population and in fact, the majority of Akhalgori residents received treatment in hospitals across the ABL before the crossing point was arbitrarily closed. The media further reported the death of 49-year-old Georgian citizen in November 2019 as he was not provided with adequate medical assistance in Akhalgori hospital and his relatives were unable to transfer him to the Georgian controlled territory due to the closure of the so-called border.

The tragic case of Margo Martiashvili was followed by another emergency need of qualified medical assistance for a woman, resident of Akhalgori who fell in the water-well and her health condition is still hard. The family requested to let them take the patient in Tbilisi hospital, however de-facto authorities continue to use such cases as leverage over the central government and force them to withdraw the police unit.

The difficulty of the situation reached its peak when a famous doctor-traumatologist Vaja Gaprindashvili was detained by the South Ossetian authorities for illegal “border-crossing” and criminal proceedings were commenced against him. Usually, de-facto authorities impose an administrative fine for “illegal border-crossing” but in this case, they commenced criminal proceedings on the 9th of November for so-called “well-planned and organized illegal border-crossing”. Dr. Gaprindashvili did not confess the illegality of his action as he considered this territory as Georgia, where he could pass without any obstacles. Gaprindashvili was sentenced with a 2-month pre-trial detention and he is waiting for “court” hearings. De-facto authorities spread information about his possible participation in the August 2008 war as a member of military medical personnel, which increases threats of more repressive measures towards their “political enemy”. The public statements of de-facto authorities improve such negative expectations.

This is the second case of large-scale so-called border closure in 2019, a similar case can also be recalled from previous years. During January – March of 2019 the Ossetian de facto government restricted freedom of movement based on the pretext of preventing the spread of the H1N1 virus. The checkpoints are being also closed for smaller periods on various grounds. Isolation of population across occupation line and restriction of freedom of movement seems to be used as political leverage by de facto regimes periodically to gain influence over central government or for political speculations. Such restrictions, in turn, creates heavy burdens first of all for the local population. The arbitrary closing of checkpoints causes the number of critical problems as we have witnessed, among others, restricts access to basic goods and services, such as medicine, food products, urgent medical care, social assistance services, including pensions, which in most cases is the only source of income and subsistence. Problems arise concerning access to education, too. Apart from that, the arbitrary restriction of freedom of movement disrupts family relationships and unions. The closure of crossing points and extreme restriction of movement hinders the peacebuilding and trust-building process among the communities and deepens the isolation. Therefore, the problem is beyond human rights violations and has a destructive impact on the whole peace process.

In this situation, apart from the positive obligations imposed on the central government authorities, we consider the role of international authoritative actors as vital to return these negative processes into the status quo and to take further measures for the improvement of human rights conditions in these territories. It is still vague why the government of Georgia does not use available legal means via ECHR to request the imposition of interim measure towards the Russian Federation, while the political and diplomatic means do not seem productive and effective.

Therefore, under your mandate to foster effective observance of human rights and assist member states in the implementation of CoE standards, also to contribute full enjoyment of human rights in the member states, we consider this is the most important situation which requires your attention and measures.

Under your respective mandates, such measures could include:

- Submission of a report to the Committee of Ministers or the CoE Parliamentary Assembly;

- Submission of recommendations and reports towards Government of Georgia and Government of Russian Federation as a country having effective control over the occupied territory of South Ossetia and to request urgent and effective measures for the restoration of freedom of movement as a vitally important aspect for the improvement of human rights situation of the isolated population.

- Application to all diplomatic and political mechanisms for the timely release of Dr. Vaja Gaprindashvili.

- With humanitarian purposes, fostering transportation of patients to the central government-controlled territory for the timely and due healthcare.

- To rethink the enactment of effective monitoring mechanisms for human rights on the ground.

- To establish a monitoring visit in Georgia for the proper examination of the situation.

We do believe that this is the situation that mostly requires attention, engagement, and measures from international stakeholders, if we are claiming to provide human rights universally while many in the occupied territories are left behind.

Article 42 of the Constitution