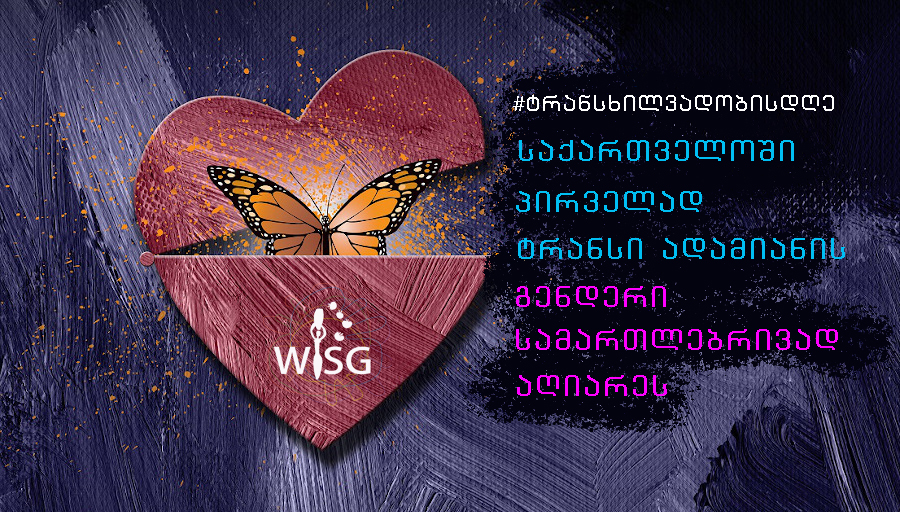 On March 25, 2021 a trans woman's demand was satisfied by the Tbilisi Civil Registry Service of LEPL Public Service Development Agency of the Ministry of Justice and her gender marker was changed from "male" to "female".

The applicant appealed to LEPL Public Service Development Agency on December 25, 2020 and submitted a certificate from a medical institution, proving the fact of performing a surgical operation of gender reassignment. An updated birth certificate has already been issued upon the applicant with correcteded data.

In addition to this, the above-mentioned practice contradicts the standards established by International and European Human Rights courts[1], it limits the right to legal gender recognition for trans people, who are not willing to undergo trans-specific medical procedures or any type of invasive interference in their body's autonomy.

WISG has been working towards changing the existing practice for numerous years. Organization believes, that lack of relevant regulations on the process of legal gender recognition increases the risk of unemployment and poverty amongst trans persons, encourages marginalization of group members and makes them even more vulnerable towards transphobic hate crime and discrimination.

In March 2019, the European Human Rights Advocacy Center (EHRAC) and Women’s Initiative’s Supporting Group (WISG) submitted a response to the Georgian Government's observations on cases of two trans men, who were appealing to refusal to change their gender marker in official documents to Strasbourg. The applicants applied to the European Court of Human Rights in 2017.

The demand of both applicants to have the change in their gender marker displayed in official documents, in accordance with their identification with the male gender, was refused by the State of Georgia. The decision was reasoned by the argument that for gender marker to be changed, an essential condition the surgical operation for change of sex. Only after this would it be feasible to display changes in the official documents.[2] The European Human Rights Court has not made its final decision on this case until now.

[1] During the hearings of a Case against France, the European Court of Human Rights established that demanding a sex reassignment surgery for legal gender recognition violates the right to respect for private and family life protected by article 8 of the European Convention for Human Rights.