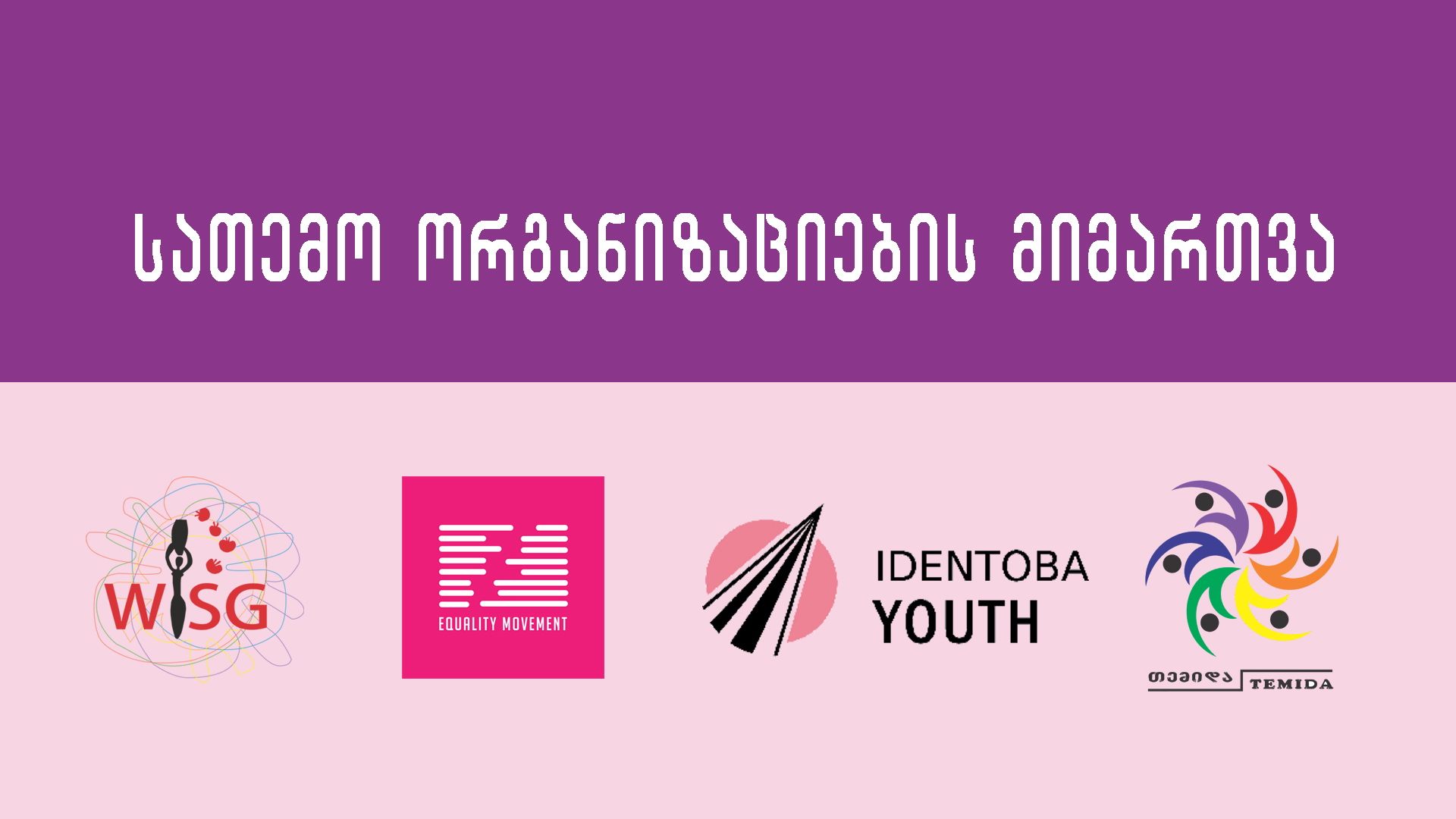 Georgian community-based organizations deem it necessary to respond to the events that have unfolded in Tbilisi from the morning of July 5 and call on the authorities to put an immediate end to the violence.

Since the morning of July 5, against the backdrop of a statement by the Prime Minister of Georgia, which alarmingly encouraged homophobic violence, hate groups, which have been mobilizing since the previous day, initiated violent actions at various locations in the streets of Tbilisi. They confronted media representatives, damaged their equipment, and physically assaulted several journalists. The attacks and insults against Formula journalists have been especially deplorable.

It is also noteworthy that the violent incidents were not localized to one specific district or street; they spread throughout the city and manifested in attacks against the offices of various non-governmental or international organizations.

We have once again witnessed deliberate encouragement of violence by the executive government. Thus, the state has given radical extremist groups legitimacy to operate outside the constitution and the law.

The government of Georgia has refused to act within the framework of its authority. It has failed to prevent the unlawful, unconstitutional, and violent acts perpetrated by hate groups mobilized against the Pride March for Dignity.

Thus, we call on the Ministry of Internal Affairs of Georgia to:

- Take preventive measures to preclude incidents in a timely and effective manner;

To the Government of Georgia and the Parliament:

- To openly condemn the violence and attacks and contribute to the stabilisation of the situation.