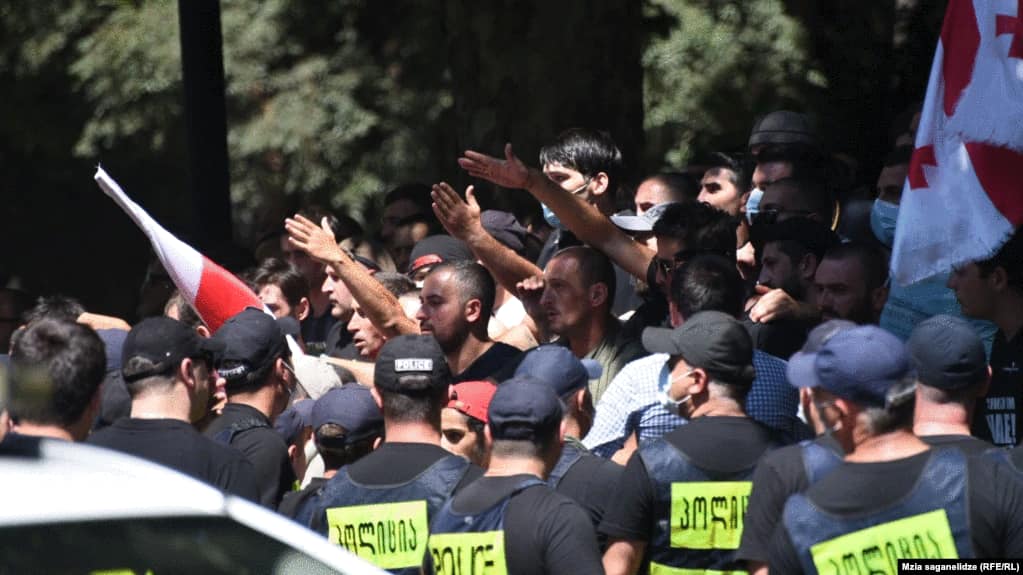 This year Tbilisi Pride was once again denied the opportunity to hold a March of Dignity in Georgia. Over the past weeks, homophobic statements by GoG members have been expressed more than once, which implicitly provoked discrimination. Along with the Government of Georgia, the Patriarchate of Georgia also publicized a statement and announced the counter-action. Today, during a statement made by the Prime Minister, in which he underlined the inexpediency of organizing the march and with dangerous accents added further incitement to violence, aggressive-minded groups mobilized on Rustaveli Avenue and on the streets of Tbilisi began acts of violence.

As a result, dozens of journalists were injured and their equipment damaged. The people who gathered for the action physically and morally insulted the journalists, by that forced them to leave the territory.

The offices of “Tbilisi Pride” and Shame Movement were raided. The evacuation of staff from these offices was organized by several non-governmental organizations.

To our regret, today we again witnessed the purposeful incitement of violence by representatives of the executive branch. The authorities again failed to provide guarantees of free assembly for “Tbilisi Pride”, failed to take effective and timely security measures, prompting these aggressive-minded groups to act beyond the constitutional and legal norms. The Government must take full responsibility for the processes that took place today.

We call on the Ministry of Internal Affairs of Georgia:

To make critical public statements against the facts of violence and overtly condemn homophobic attacks.