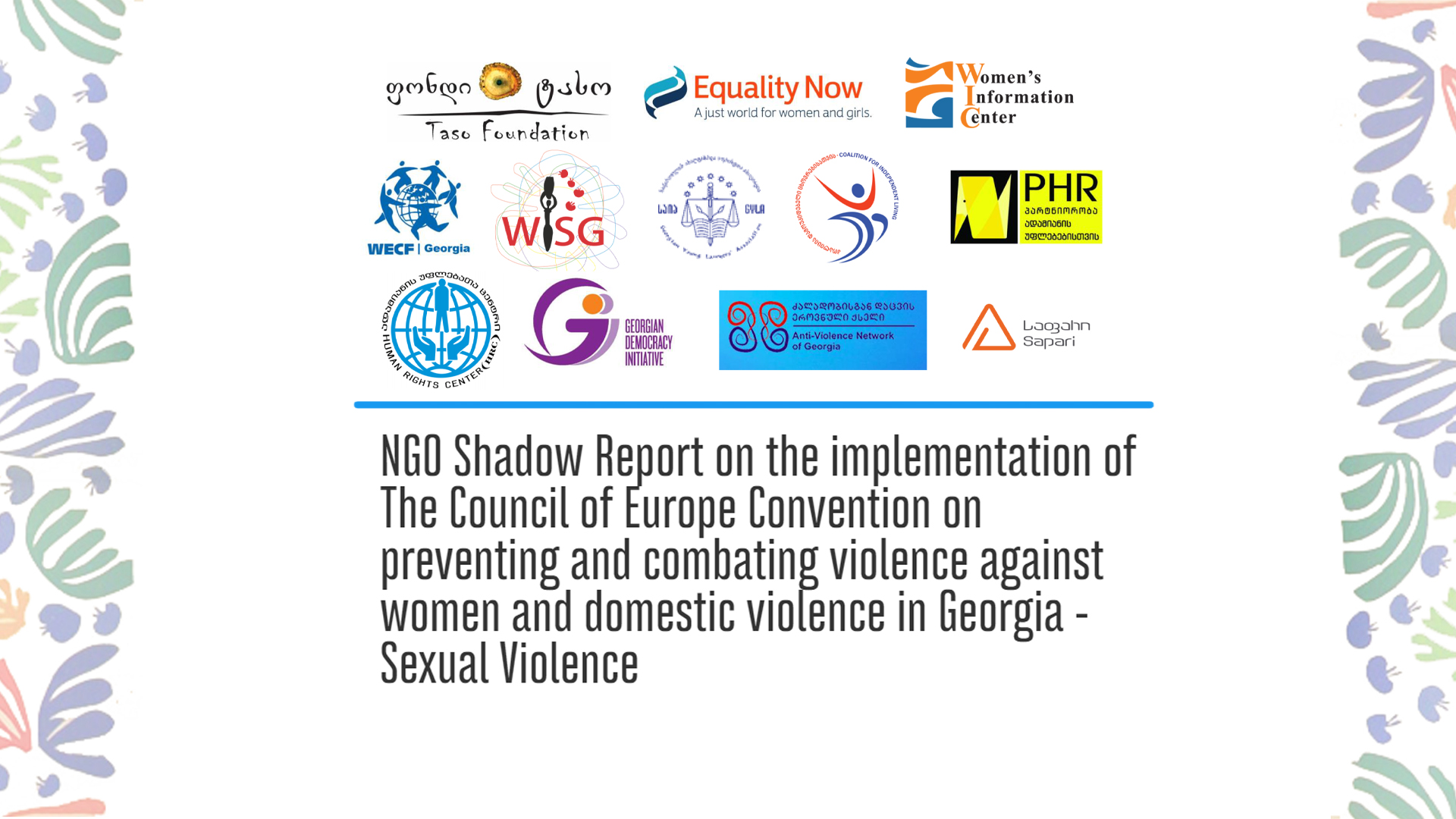 The authors of the report submit that developing effective criminal law mechanisms for the elimination of sexual violence is a fundamental step toward achieving substantive and transformative equality for women and girls in Georgia.

Over the past few years, Georgia has made significant steps in combating violence against women and domestic violence, especially with respect to improving the criminal justice response to such crimes. In 2017, Georgia ratified the Council of Europe Convention on preventing and combating violence against women and domestic violence (‘Istanbul Convention’) and has made efforts to align its legislation in accordance with its obligations under the Istanbul Convention.

Most notably, starting from March 2021, the General Prosecutors’ Office and Ministry of Internal Affairs of Georgia started a specialization program for investigators and prosecutors on sexual violence. This year, 80 investigators and prosecutors of the Prosecutor’s Office, as well as 125 investigators of the Ministry of Interior were trained and granted specialization (by the end of 2021 up to 250 investigators of the Ministry of Internal Affairs will be specialized). The specialization trainings are  conducted by the Ministry of Interior and General Prosecutors Office in collaboration with the Council of Europe, UN Women and Equality Now and are based on the Equality Now, UN Women & Council of Europe’s, Effectively Investigating, Prosecuting and Adjudicating Sexual Violence Cases: A Manual for Practitioners in Georgia, 2021. This manual aims to improve the response of the criminal justice system to sexual violence based on the Istanbul Convention and other international human rights standards. These trainings are a very good basis for improving access to justice for sexual violence in Georgia, and the Ministry of Interior has already reported some improvement. However, the trainings have to be a continuous effort (and most importantly have to involve judges). The long-term impact of the trainings is yet to be assessed.

At the time of writing this report, Georgian legislation continues to fall short of the requirements of the Istanbul Convention and international human rights standards with respect to the definition of rape and other crimes of sexual violence, and substantial challenges remain in relation to reporting, preventing and the overall response by the criminal justice system to sexual violence.