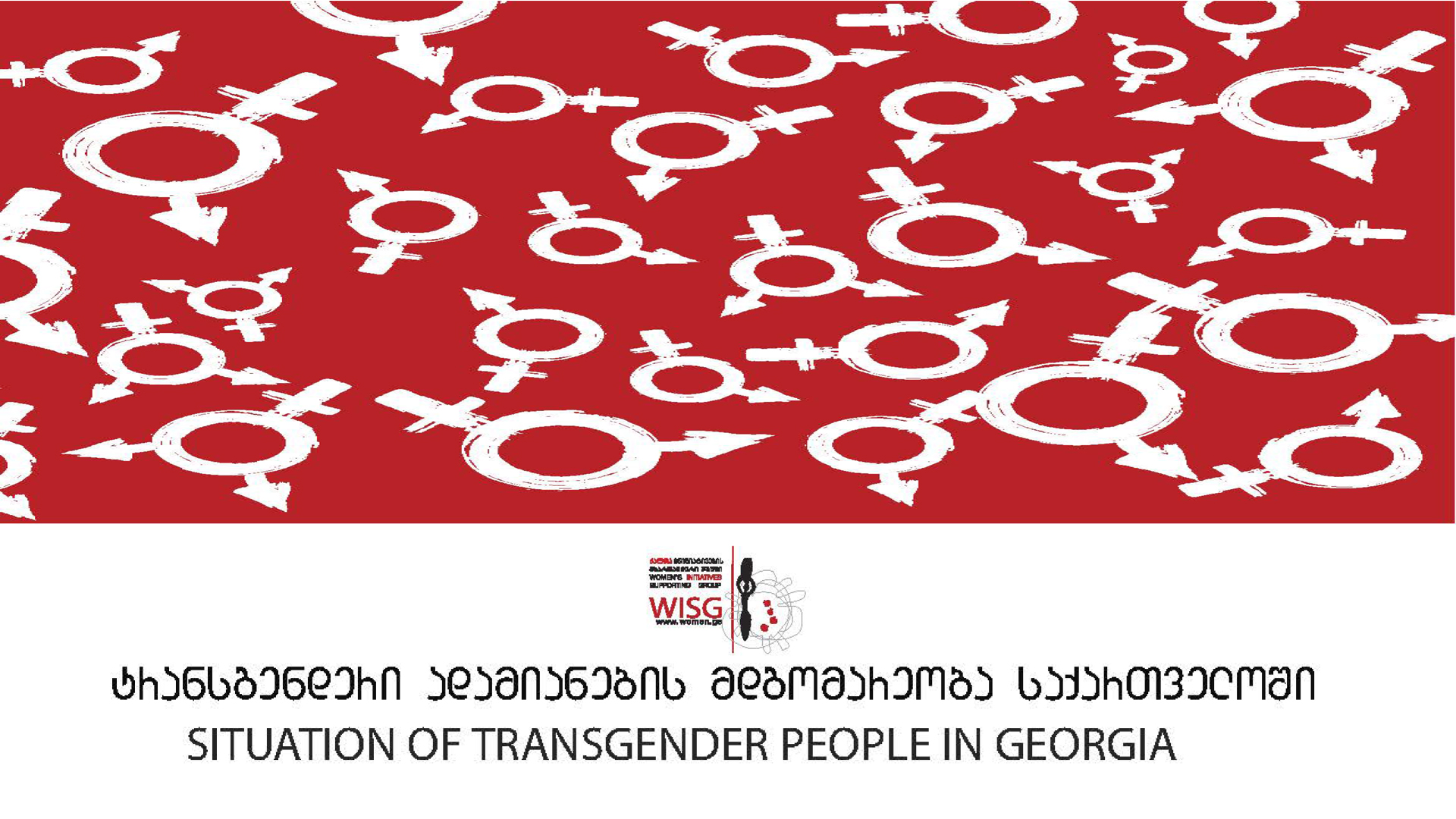 Situation of transgender people in Georgia

In October-November 2014 Women’s Initiatives Supporting Group (WISG) conducted a study on situation of transgender persons in Georgia, with participation of 14 respondents from transgender community. The aim of the research was to explore discrimination faced by transgender persons in different spheres of their life, including healthcare system and transition procedures.

The results show that transphobic violence and the fact that issues like legal recognition of gender and accessibility of transition procedures are not regulated by state, affect significantly the ability of transgender persons to work, have stable income and prosper socially. These circumstances are detrimental for the general well-being of our respondents.

Publication was prepared by Women’s Initiatives Supporting Group (WISG) within the frames of project “improving the accessibility of transgender persons to gender reassignment procedures”. The project was implemented with the financial support from Kvinna till Kvinna, Women’s Fund in Georgia and ILGA-Europe.

Women’s Initiatives Supporting Group (WISG) would like to express gratitude to all the respondents who participated in the discrimination study.

No part of this publication may be used or reproduced in any manner whatsoever without written permission from WISG except in the case of brief quotations embodied in critical articles and reviews.

Bilingual (Georgian-English) document of the report can be found at the following link:

Situation of Transgender People in Georgia