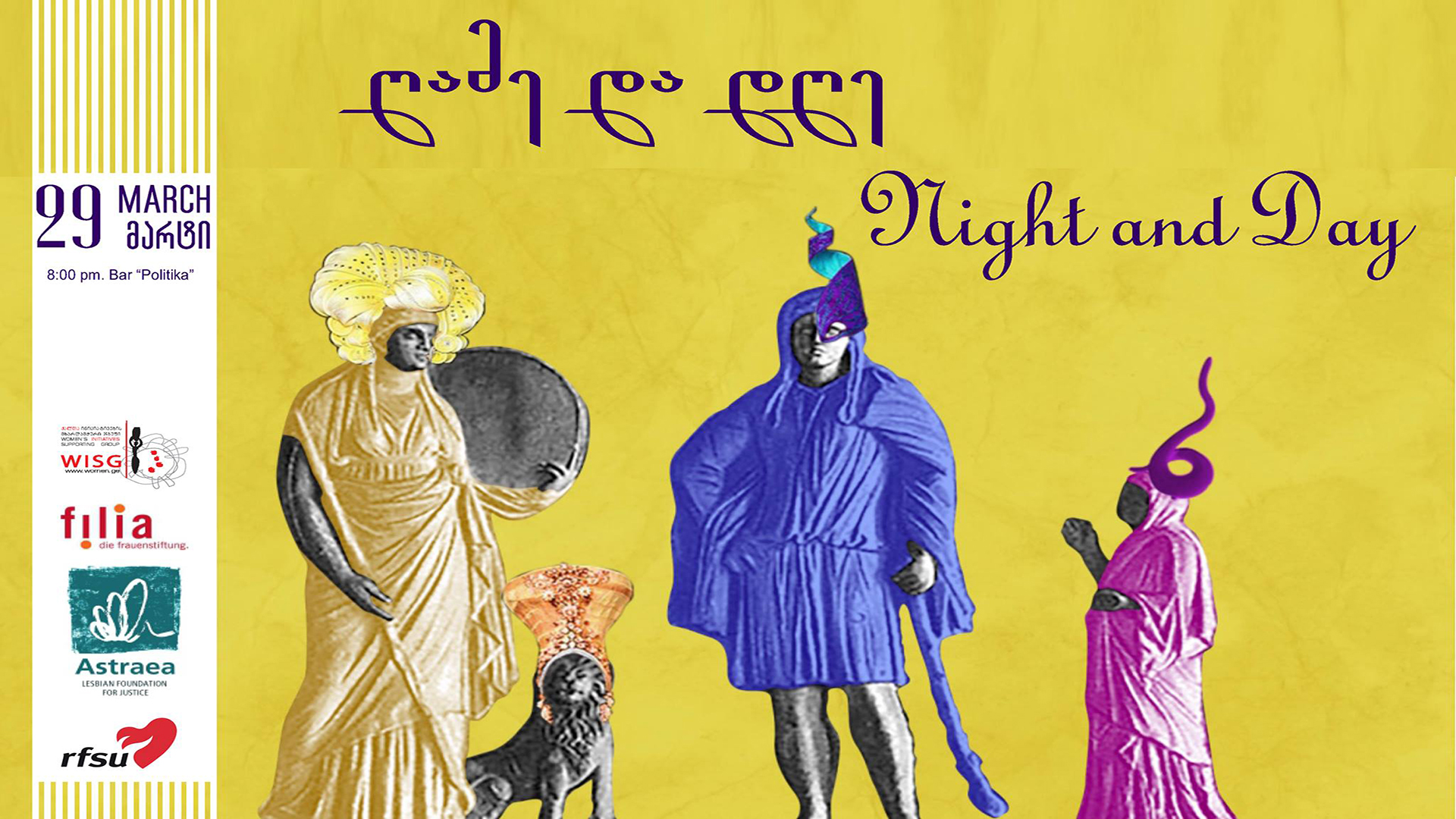 Performance Night and Day was dedicated to Transgender Day of Visibility. The second collaboration between German artist and director Mareike Wenzel and Georgian Trans performers, is an unique happening in its form and content.

About performance:
The world has forgotten about the gods that once created the earth, changed gender fluidly and advocated free love. Pushed out of society they now have to live the life of hetero-normative mortals suppressing their real identity. Only a small group of the goddesses and gods of the night have not given up: Nyx the goddess of the night and her friends. During the day they have to hide their goddess and god personality. At night a small nightclub "Tartar" has become their last refuge. Here they can live out their real selves and meet far away from the pressure of society. The goddesses and gods are looking for support and allies and are inviting you for a meeting in "Tartar"

About Author:
Mareike Wenzel is an actress, director and performance artist. She is based in Berlin and Tbilisi and has been working together with Danish-Austrian performance company SIGNA since 2007.