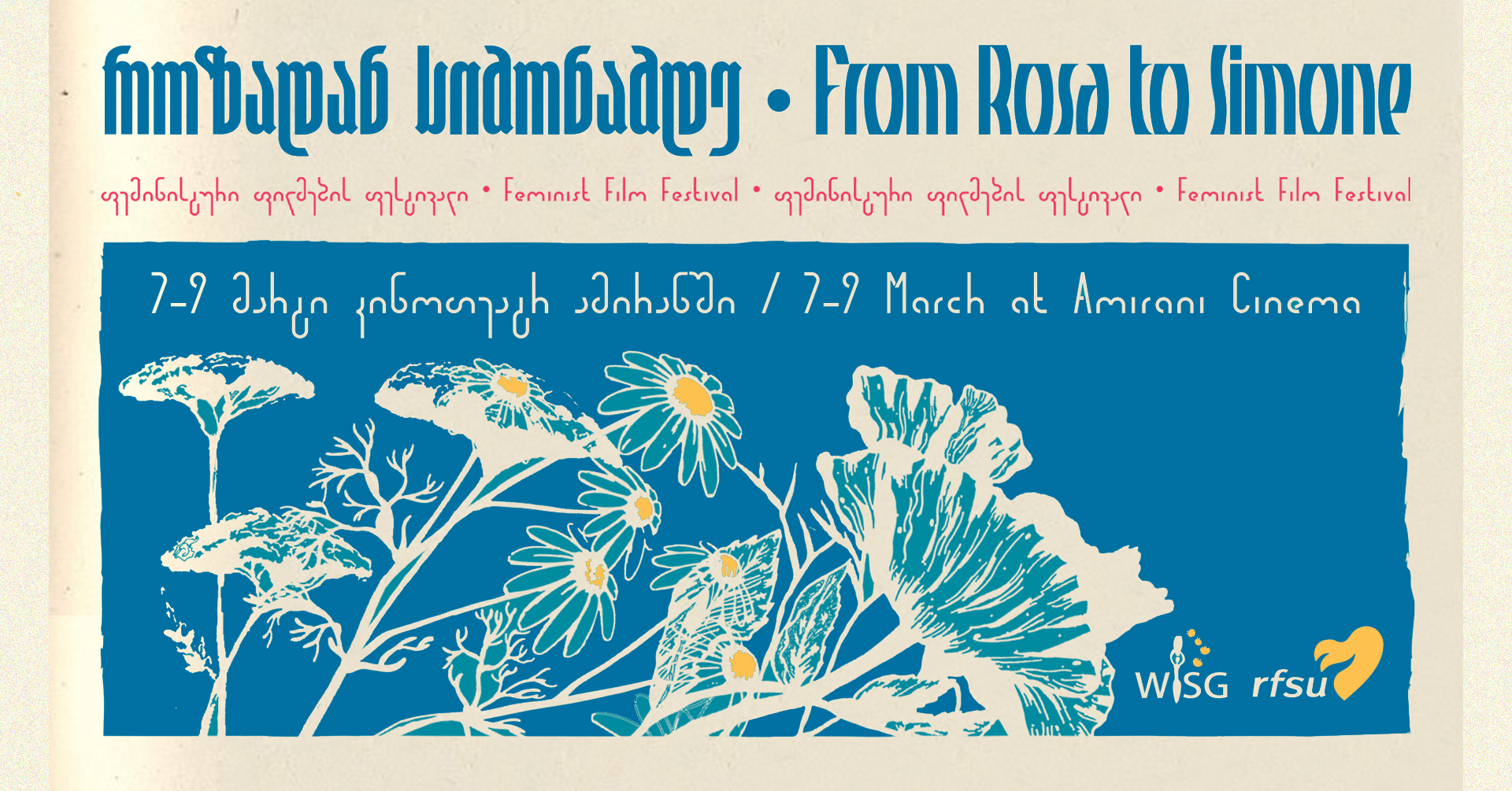 Feminist Film Festival From Rosa to Simone is back with the 2022 edition.

The festival events and film screenings will take place at Amirani Cinema, on March 7, 8 and 9.

In the films selected for a three-day program, female filmmakers introduce to us the contemporary feminist and queer groups, movements and artists. Their resistance and creative introspection is directed with equal passion against ultra-right, neoliberal, anti-democratic, Fascist, and militarist regimes, governments and institutions, and against patriarchal, sexist, homophobic and transphobic cultural norms.

On March 7, we will premiere WISG’s new, short animated film that recreates life of Phari Khanum Sofiyeva, the first Muslim woman in Georgia and in the world, democratically elected to a self-governing body. The film will enable us to discuss and compare the contexts for women’s participation in politics, opportunities and obstacles, 100 years ago and now.

The cinematic journey we have planned for March 8, acquires special importance in current reality: three documentary films, from Slovenia, Ukraine and Georgia, look into political context, at the background of a common socialist past and neoliberal global capitalism, a present full of ever increasing militaristic terror, and shows relation of feminist, lesbian, queer activists and artists to politics, economics, culture, arts and legal institutional structures.

Program on March 9, with two impressive documentary films from Brazil, introduces a trans activist and a trans artist, and tells us about their inspiring resistance against the country’s ultra-right government and ultra-macho social norms.

“With nothing left to lose – when women representing Azerbaijani community in Georgia engage in the decision-making process.” Kamila Mamedova.

Feminist Film Festival From Rosa to Simone plans to expand programmatically next year and develop a dedicated page, which we are presenting in a test mode this year: https://femfilmfest.wisg.org/en.htm